Review: Spidey, please save us – Morbius is drier than a bloodless corpse

Having seen and enjoyed all the Spider-Man films (old and new) as well as the two Venom movies, I had some idea of what to expect from Morbius despite not having a deep knowledge of the character from the comics. I had modest hopes for a good film, maybe even something a bit frightening given that we're talking about vampires here.

Morbius is as dry and soulless as the empty corpses left behind by the titular character and his vampire nemesis.

Morbius is the kind of comic book movie misstep Marvel rarely makes. But then again, this is either a Sony, or a Columbia, or “in association with Marvel” movie that may or may not eventually tie in with the Marvel Cinematic Universe proper. Maybe. Probably.

While we’re left to wonder about that – and the post-credit scenes tagging onto the end of Morbius leave little doubt that something is going to happen with the character overlap currently shared by Sony and Marvel – the movie itself falls flat.

Jared Leto has tried, and failed, to deliver up an interesting villain/anti-hero in both the DC and Marvel universes. Leto took the role of Joker – from 2016’s lackluster Suicide Squad – very seriously and obviously intended the character to come across as seriously scary and deranged. Instead, that version of the Joker came across as over-the-top and campy (and not in a good way). Here, Leto isn’t really the problem. He’s got the acting chops to deliver a nuanced performance, and for the role of Dr. Michael Morbius – a gifted scientist afflicted with a debilitating blood-borne disease – Leto goes (mostly) for an understated delivery intended to endear the viewer to the genius mind obsessed with curing his affliction at any cost.

Sadly, it doesn’t really work. The special effects often seem cartoonish, diminishing any sense of sympathy for the character or fear of what he’s become. It just doesn’t sell.

The biggest issue, though, is the plot itself and the characters that inhabit the story. Take any one of a dozen comic book superhero adaptations, especially the “troubled hero” kind. Then identify all the main and supporting characters and describe them by their role. Make a cardboard cutout of each, label them with role identifiers like “serious cop,” “not-very-funny sidekick cop”, and “jealous best friend who becomes the villain,” or… wait… maybe try: “beautiful and smart female lab assistant who knows what’s going on and knows its wrong but doesn’t say anything because she’s going to fall for the damaged anti-hero.”

Voila! You have Morbius. 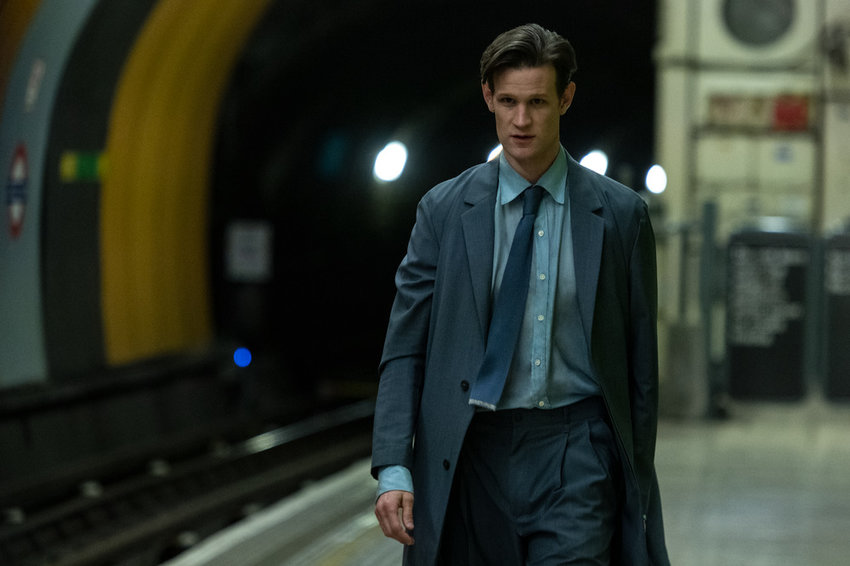 The “how” of Dr. Michael Morbius becoming the vampire we know he’s going to become before the movie starts doesn't really matter. It’s all very predictable. Right down to how he feels about killing people once he becomes a vampire. The rest is predictable too. We know within minutes of the film’s opening credits who will turn out to be the villain. We know who will be fridged (“fridging” is a plot device where a minor character is hurt or killed off in order to motivate the main character). And even before they show up on screen, all the supporting characters are expected. Down to the pair of cops (the serious one, partnered up with the not-very-funny one that is smarter than he plays at seeming) that seem to be featured in pretty much every B-movie. They’re all cardboard cutouts. Nothing new. Nothing endearing about a single one of them. No backstory to speak of. And even though we get a little backstory on the two main characters, frankly, it just doesn’t matter. I couldn’t find myself caring about anything or anyone in this film.

Matt Smith’s villainous Milo, Tyrese Gibson’s cop, Al Madrigal’s Cop No. 2, they could have been anyone. What they were missing is any sense that the characters mattered at all.

Adria Arjona did a good job with the material she was given as “lab assistant-slash-love interest” Martine Bancroft, but it was a flimsy role from the get-go. Sadly, the excellent Jared Harris was completely wasted in this film as Dr. Emil Nikols. 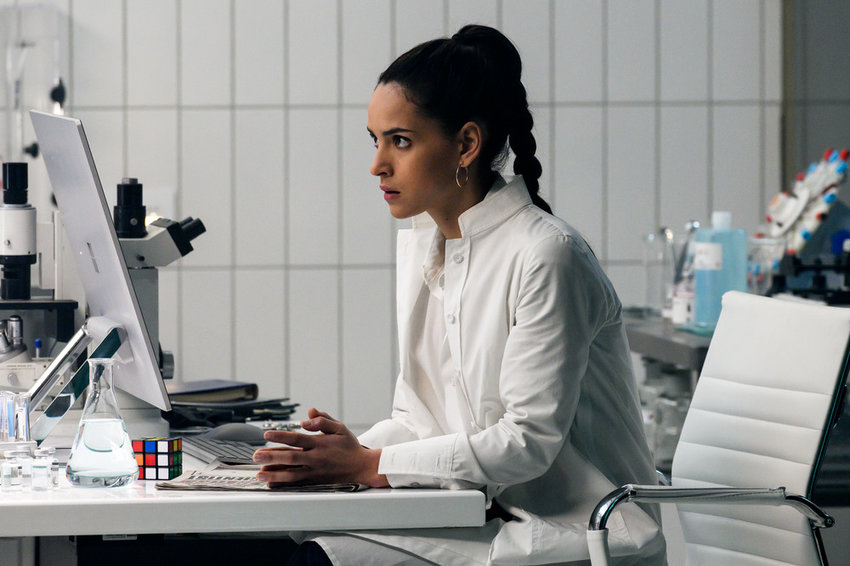 One question that should be addressed: Could the PG-13 Morbius have been any better as an R-rated film? After all, we're dealing with bloodsucking vampires, right?

Well, the truth is, I don't really think so. The special effects here are almost cartoonish in nature. Adding more blood to a film overloaded with cartoonish CGI just doesn't feel like it would make Morbius any scarier or come across any as any more serious. The story is the problem. The overuse of special effects – like the vampire's clothing miraculously dissolving as he flies on visible wisps of wind while his sonar bounces off buildings as cloudbursts – wouldn't benefit at all from more bloodspatter.

Basically, I was just biding time through the predictable to get to the inevitable: the post-credits scenes that we all know follow these movies, where we get to find out which new character or movie tie-in to expect next from the franchise or cinematic universe.

By the way... who goes to a Marvel or DC movie and doesn’t know to wait for a post-credits scene (or two, as there are in Morbius)? You’d think people know enough to expect these by now, but in every single theater at any of these movies there seem to be a few uninitiated who get up and walk out before the credits roll.

Anyway, back to Morbius and how it fits into the wider Sony/Marvel universe… I’ve rarely felt that things were “forced” in the MCU. There has always seemed to be a greater plan at work. Even when introducing what seemed at the time it was first announced like an out-of-left-field addition to the MCU in Guardians of the Galaxy, there was always a plan in place that paid off later. Each film (and now television series) has driven the larger story forward.

Morbius feels like it’s moving something fowrard. But it also feels like a square peg shoved into a round hole just because a new anti-hero/villain character was needed for whatever the greater story is to move forward. It fits. I’m sure of it. But Morbius is just such a poor character, so poorly fleshed out (forgive the pun) that the movie would be completely skippable if it weren’t for the fact that everything in the Marvel universe is heading somewhere.

While Morbius is boring and predictable – it’s pretty much impossible NOT to spoil the plot for you – I won’t spoil the reveal in the post-credits scenes other than to say that Morbius most definitely ties in with the Spider-Man universe that now also clearly includes Venom.

If you haven’t seen Spider Man: No Way Home or Venom: Let There Be Carnage, stop reading now (and go watch those movies!... you’re behind!).

In Spider-Man: No Way Home, Doctor Strange “crossed the streams” so to speak, allowing characters from other universes in the multiverse to cross over. We got other Spideys, we got other Spider-Man villains from previous non-MCU films, and then we got a Venom appearance after the credits.

Tobey Maguire’s appearance in No Way Home, along with Andrew Garfield's, was the worst kept secret in Hollywood for more than a year. Neither was it any real surprise to see Tom Hardy’s Venom show up. The writing (or, dare I say… webbing) is on the wall here that there will be some sort of further merging of the Sony and Marvel universes.

It could be that some of the Spideys stay in a new, expanded Sony universe with Venom and Morbius. Or all of them might just show up in Doctor Strange and the Multiverse of Madness in May.

I just wish for the sake of the 104 minutes I spent watching Morbius that it didn’t feel like the only point in the whole thing was the 60 seconds of reveals and teases at the end.

Other items that may interest you

Top movies for fall 2022, including the much awaited ‘Wakanda Forever’

Massive Growth in LISD Causes the Board to Re-Zone